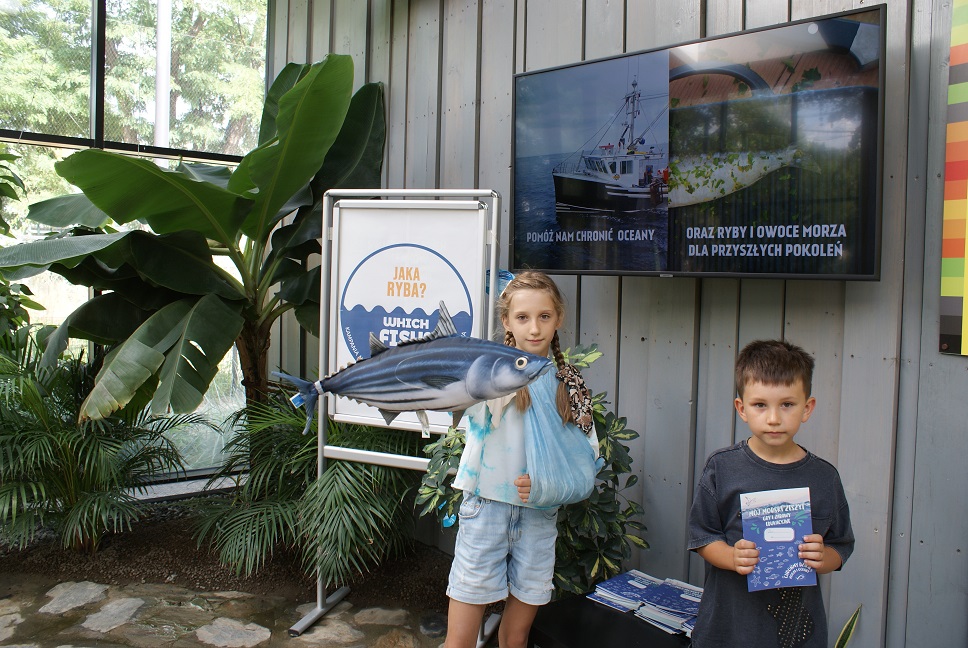 On August 22, Lodz Zoo (Poland) organized a family picnic entitled “Which Fish ?”, which was devoted to the threats of over-fishing in the oceans and the impact of commercial human activity on the protection of marine species. During the event, the visitors could find out why it is worth buying fish and marine invertebrates from sustainable fisheries and what species to choose when doing everyday shopping.

Numerous attractions have been planned for all visitors of the zoo, including:

The partner of the activities was the Marine Stewardship Council (MSC), working to protect the world’s seas and oceans.

Lodz Zoo have also created two permanent educational stands on the above-mentioned topics, where visitors can watch educational films on sustainable fisheries and download free educational books on this subject. 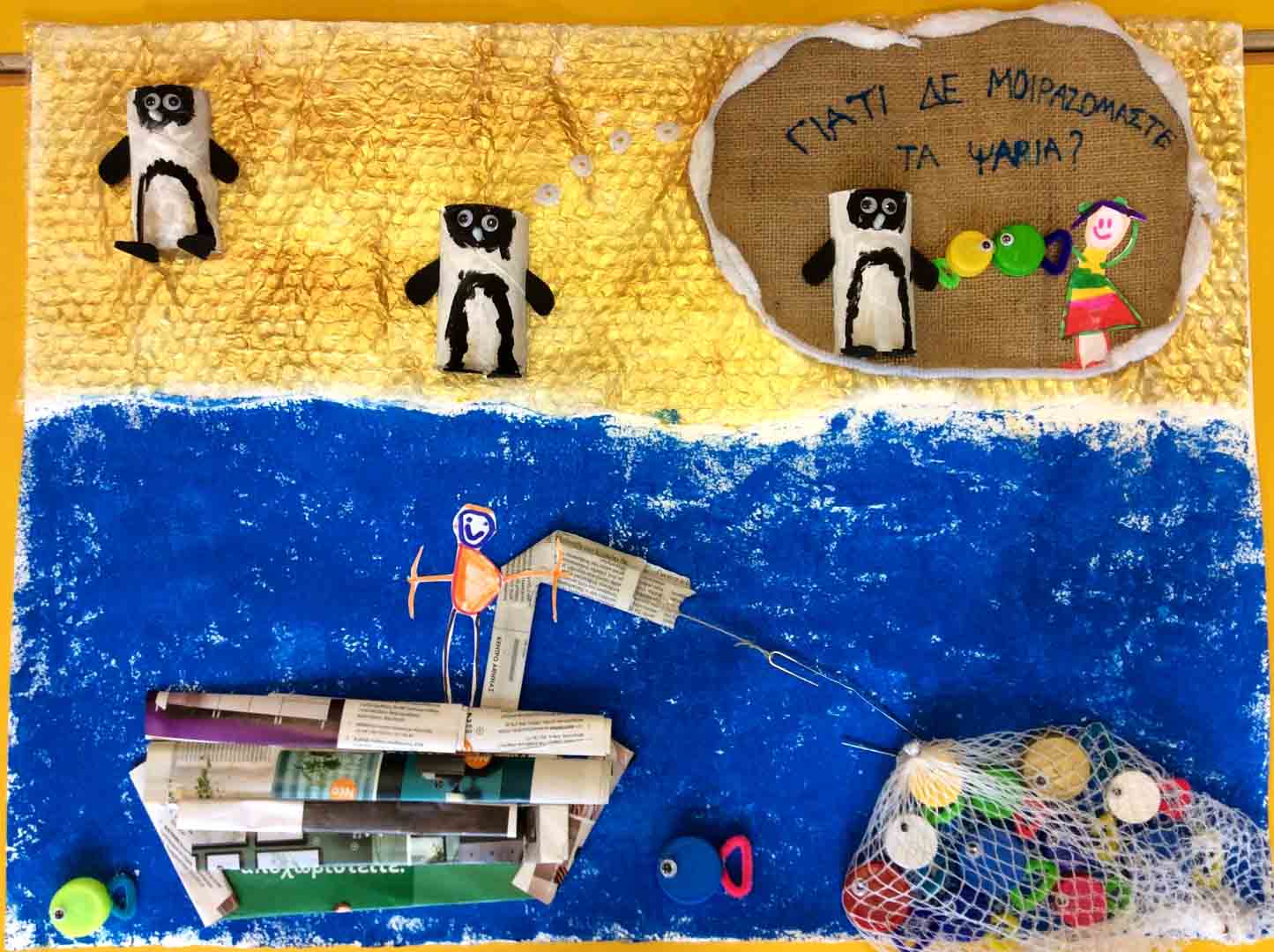 Every winter, the Attica Zoological Park runs a nationwide art competition for children 5-15 years old to creatively learn about the threats that penguins and other sea birds face in the wild.

This year the focus was overfishing and the importance of choosing sustainable fish! We partnered with the EAZA Which Fish? Campaign to spread the message of how modifying our own behaviors can help seabirds like the penguin and other species that depend on fish for their survival.

Awareness was raised among families but also in schools! We reached almost 2000 individuals and 317 schools with our newsletter about the competition and the campaign message.

125 children directly participated in the competition and we selected the best five works that demonstrated understanding of the problem. The results of the competition can be found on our site and some selected art works here! 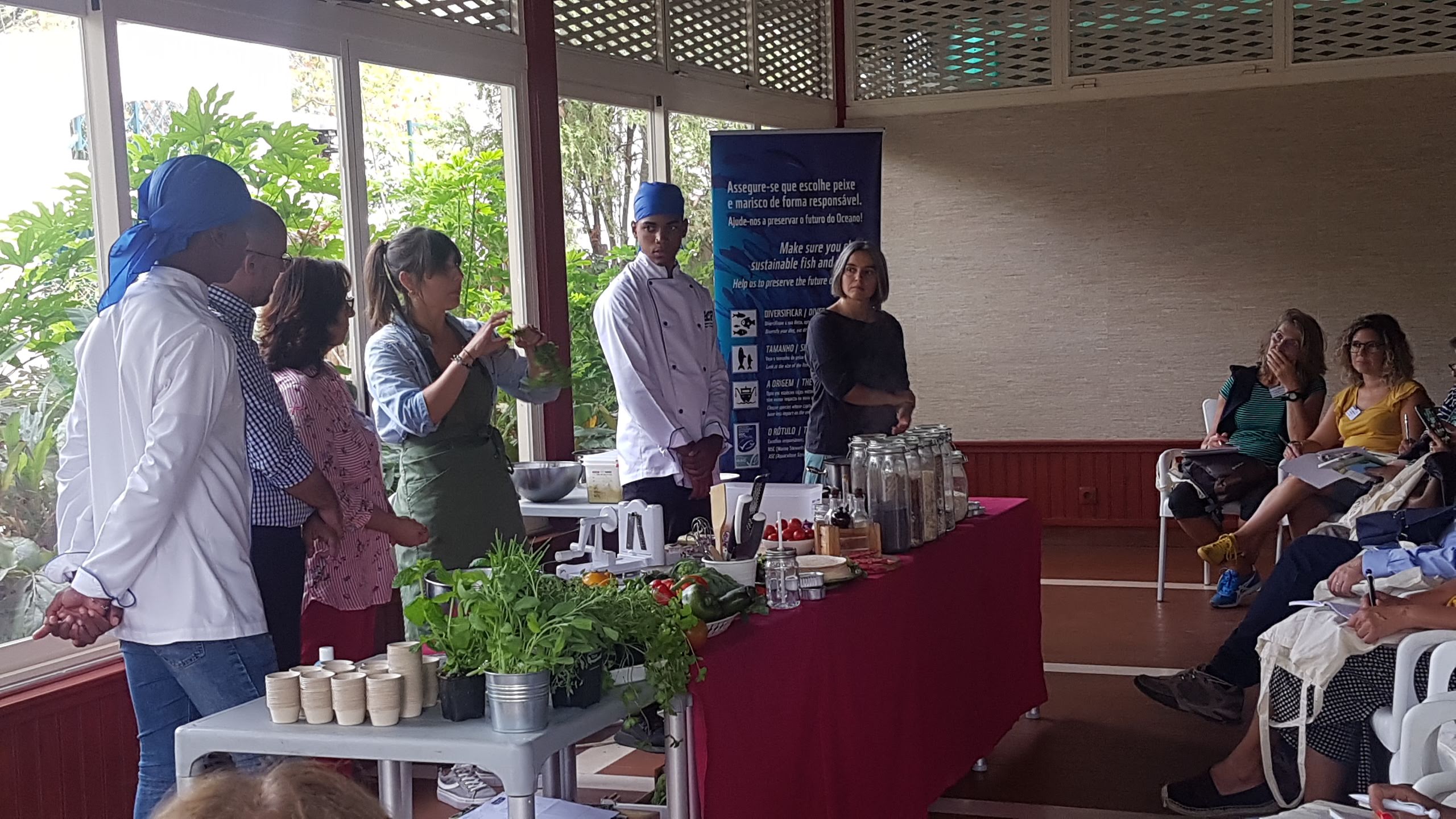 There is a recent positive story in fishery management and it concerns the Atlantic bluefin tuna (Thunnus thynnus, Linnaeus, 1758). This iconic species is harvested by humans since ancient historical times and the tuna trap fishery is certainly the first human industrial activity, going back at least 2,700 years. More than one century ago, the number of tuna traps around the Mediterranean Sea and the Marmara Sea was over 200, well-distributed along the coasts. Catches are still unknown, but they are supposed to be much higher than in recent times. Besides, this long exploitation, recent sophisticated genetic analyses, carried out on bluefin tuna samples from the 2nd century B.C. till present days, are not showing any sign of genetic erosion, while they are showing a progressive adaptation to the available diets.

After the ‘60s, the industrial fishery used also the tuna purse-seiners, which were able to catch the bluefin tuna off-shore. This fishery was able to provide huge catches over a short period of time, usually from late May to mid-July. Due to the strong request on the Japanese market, particularly for the sashimi, it was decided to change the availability of fresh fish by month on the market, trying to distribute them over the year. This decision implied the development of a tuna fattening industry in the Mediterranean Sea, which was initiated at the end of the ‘90s and then further developed.

At the beginning of the “fattening era” it was very difficult to duly assess the catches, because the fish were moved directly into cages and also because there were no quotas. Therefore, in an open fishery regime, every fleet tried to get the maximum catches. This resulted very quickly in a clear overfishing due also to a mismanagement. The necessary international awareness addressed the issue.

Then, ICCAT (International Commission for the Conservation of Atlantic Tunas) adopted a “quota system”, which was enforced at the end of the ‘90s. This process allowed a complex “rebuilding plan” with several strict management measures, closed seasons by gear and innovative controls (including underwater stereo cameras). ICCAT decided also to introduce a certification for better controlling the fishing and farming activities, supported by international independent observers. Recently, the certification became fully electronic.

In about 10 years of these hard controls, the Atlantic bluefin tuna left the dangerous area, showing a clear progressive rebuilding in both stocks.

Due to the never-ending discussions about the data quality, the ICCAT decided to initiate an ambitious and vast research programme, called Atlantic-wide Research Programme for Bluefin Tuna, conventionally GBYP, which was mostly financed by the European Union but with important contributions by many States. The programme, which is still on going, was multidisciplinary and allowed to build the largest data base for a single marine species. The estimation of the marine stocks is not straightforward and requires the utilization of multiple data analysed through models which can show the trends of abundance as appears in Kobe plots 2009 compared to 2017:

Kobe plots for the spawning stock biomass (SSB) of the eastern bluefin tuna stock (Atlantic and Mediterranean) under three different recruitment scenarios, based on the result of the Virtual Population Analysis (VPA). Left model taken from EBFT assessment in 2009 (page 94) shows all the stocks in red zone whilst the right figure (EBFT assessment 2017, page 85) puts the stocks into yellow to green recovery zones.

Thanks to best management practices, and also to several years of favourable oceanographic conditions, the species is now fully recovered and, since three years, the quotas are progressively increasing again. This is clearly a successful story showing that  with common international will, a fishery can be managed in a sustainable manner, allowing also to recover a species having a wide distribution. A good example to follow for other species.

We use cookies to ensure that we give you the best experience on our website. If you continue to use this site we will assume that you are happy with it.OkPrivacy policy